St. Louis wants to "raise the age" on teens tried as adults 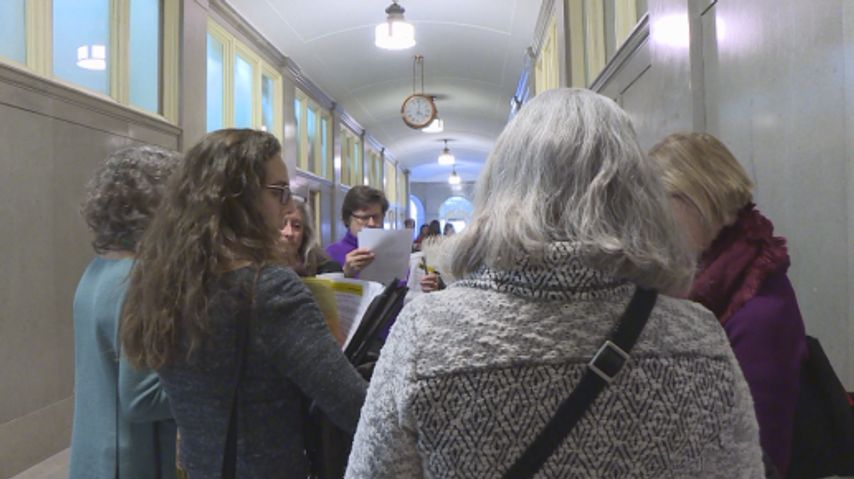 "It is our moral imperative to come and talk to our senators and reps when there are issues that are important to our community," Community Leader Magaret Davis said.

Davis is part of Metropolitan Congregations United, a group that brings together congregations and community groups.

They visited the capitol building Wednesday to speak with their representatives and senators to promote the passing of House Bill 1255 and Senate Bill 828.

Both of the bills target juvenile justice and its relation to the police force.

Supporters of HB1255, or the Raise the Age bill, want to raise the age of charging teens as adults from 17 to 18. Missouri is one of five states that still haven't raised the age.

"I find it terrible that a 17-year-old who's really not an adult is having to be put in an adult situation," Community Leader Cathy Rauch said. "They don't have the maturity to deal with the criminal justice system."

If the bill is passed, 17-year-olds will be tried in the juvenile justice system. This is the third year MCU tried to gain support for the bill.

"We're talking about how our children are being treated and they deserve a higher priority," Community Organizer Susan Sneed said.

SB 828 is designed to create new standards of reporting bias incidents within law enforcement agencies. It focuses on transparency of data collection.

Organizers said they hope their presence in Jefferson City makes legislators aware they're concerned about the state of their city and want change.

But Sneed said legislators aren't as accepting to local input as they used to be.

"The atmosphere in the capital has changed," Sneed said. "Representatives used to try to talk to one another and figure out ways to help the people, now it's all about 'me and my campiagn'."

It's uncertain if the two bills will be reintroduced into session or voted on.