UPDATE: One dead and one injured in Friday double shooting in Columbia 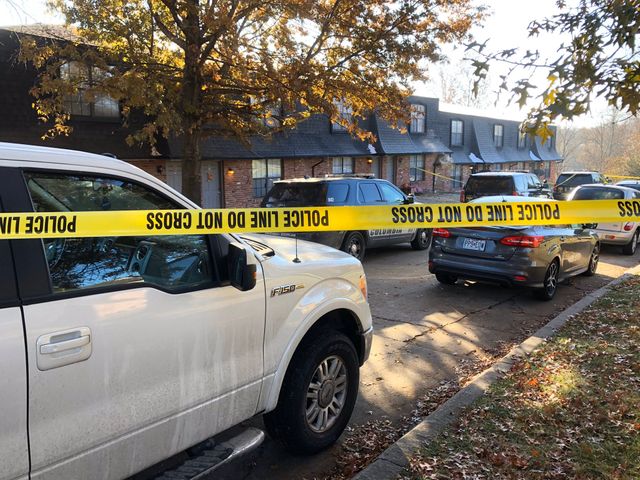 COLUMBIA - One man is dead of a self inflicted gun shot while one woman sustained a non-life threatening gunshot wound at an apartment in east Columbia.

This happened Friday morning during an attempted homicide and self-inflicted gunshot wound.

Columbia police continue investigating the shooting that happened at the Jacobs Place Apartments near Broadway and Highway 63.

Police were called to the scene around 8:10 a.m. where they found the two.

Police Information Officer, Jeff Pitts, said early Friday that there is no threat to the public.

"The scene has been stabilized by responding officers, and right now officers and detectives are conducting an investigation," Pitts said Friday morning.

The Crime Scene Investigation truck arrived on scene and officers continued collecting evidence from the apartment into the afternoon.

Neighbors were shocked by what happened. One neighbor, Hamson Ham, has been living at the complex said this was unusual for the area.

"I've been living here for 4 years now and nothing happened like this," Ham said. "Since the first day I moved in, until today, that’s the first time I've seen this."

Ham said he woke up for work only to find his complex flooded with police vehicles.

"I've never see or never experienced this before," he said.

The investigation is still ongoing according to the Columbia Police Department.

Braving the snow to remember MLK at Battle Gardens