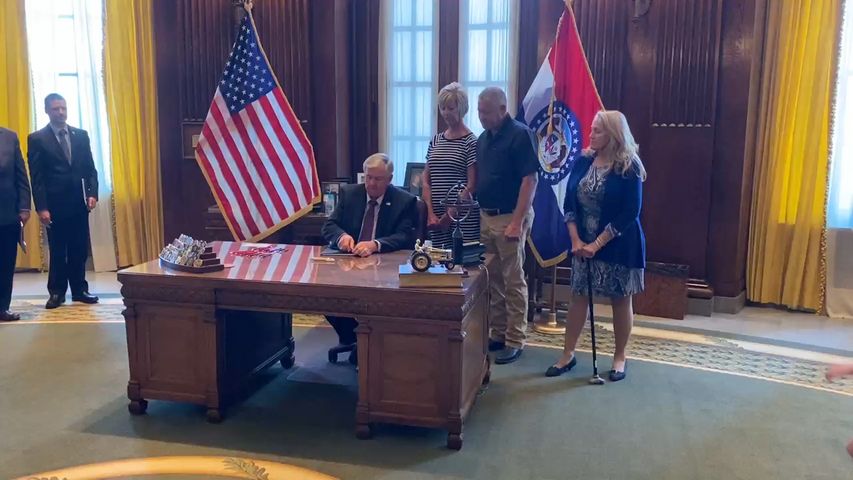 Inside the omnibus bill was coroner training reform Jay Minor's been working toward for years.

Minor has been fighting for justice for his son, Jayke, who died in 2011.

A 2018 KOMU Target 8 Investigation detailed a flawed autopsy from the Howard County Coroner, who ruled his cause of death to be a drug overdose solely due to Jayke's history. The new law will update training requirements.

"We don't think we really realize yet what we've done," Minor said shortly after the governor made the bill law alongside his fiancee Debby Ferguson. "Hopefully how much help we've given to other people that they'll never have to go through this."

Minor began his journey two years after the confusion began.

"We're trying to get a bill passed to make sure this doesn't ever happen again to other families," Minor said earlier this year.

The bill almost passed in the 2019 session, but one amendment that was added right before Gov. Parson's signature, caused the bill to go unsigned. Minor said the amendment had nothing to do with the goal of the original bill.

Hear more from Jay Minor and Debby tonight at 10 p.m. on KOMU.