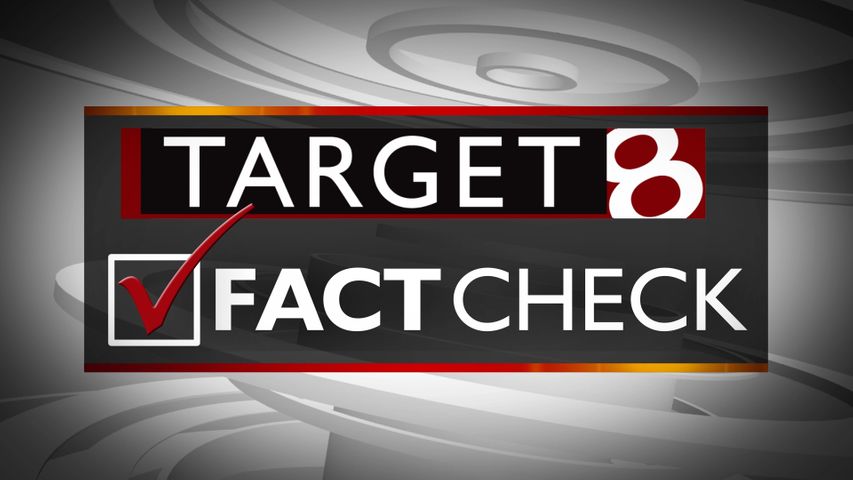 COLUMBIA - Missourians will vote on August 4 on whether or not to pass Amendment 2. If passed, the amendment would expand Medicaid eligibility throughout the state.

"If an individual has access to get the pharmaceuticals they need after they receive care, currently, they may not be able to afford them. But, if in fact, they're in Medicaid they might be able to just run right down and pick it up at the pharmacy," Missouri Hospital Association Dave Dillion said. "But in states like Missouri that have not adopted a Medicaid expansion, individuals who are very low income have not been able to receive coverage through Medicaid."

KOMU 8 news fact-checked claims made by Yes on 2, which is funded by Missourians for Healthcare. The organization is running a commercial on TV with several claims on why Missouri should expand Medicaid.

According to the Kaiser Family Foundation, Missouri is one of 13 states that have not expanded Medicaid.

"The basic way that it works is when you expand Medicaid, you receive a great deal of federal money," MU Law School Professor Sam Halabi said. He said that the state of Missouri will only be responsible for 10% of the cost for those covered by Medicaid which would come from general revenues, provider taxes, or other organizations.

This video, by Yes on 2, supports Amendment 2

This claim is: True, if the key assumptions hold.

Independent company Regional Economic Models, Inc. (REMI) says in their report, “the average annual total employment impact is an increase of 16,330 jobs,” between 2022-2026.

REMI’s report also notes that 87.8% of these jobs have an hourly wage of at least $15 per hour for full-time workers.

Claim: Amendment 2 will bring over a billion of our tax dollars back to Missouri from Washington, D.C.

“There’s a lot of conflicting evidence and testimony on the issue, but it is not misleading to say that we will be bringing billions of dollars back home because by not expanding, Missouri is leaving money on the table,” Halabi said.

Medicaid is paid for by a general tax seen in Missourians’ paychecks. Halabi says that by not expanding, the state is missing out on its own piece of the pie.

“People in Missouri are being taxed and those dollars are going to pay for Medicaid expansion in Arkansas and Washington state, and now newly expanded states like Oklahoma, Nebraska and Idaho…When that money could be coming back to Missouri to finance our own expansion,” he said.

This claim is: True, but needs more context.

Halabi said that it is important to remember that those billions of dollars are not just up for grabs as the majority of that money would be going towards paying for Medicaid, but he said that Missouri is likely to end up with money left over.

“[The evidence] strongly suggests that financially, the state of Missouri will come out ahead, and the worst scenario is something like revenue neutrality,” Halabi said. Revenue neutrality would mean that Missouri is neither gaining nor losing money by Medicaid expansion.

According to a report by the Institute for Public Health at Washington University in St. Louis, Medicaid expansion in Missouri could create a savings of about $39 million in the 2020 fiscal year.

According to the Missouri Hospital Association, nine rural hospitals in Missouri have closed their doors since 2014.

Dillon said the main challenge for rural hospitals is financing because they don’t see as many patients as urban hospitals.

“The combination of having a sicker population, who may only have a hospital as their safety net for care and fewer people who are actually going to be able to pay for that care when they need it is a very, very difficult situation,” he said."It will make a significant difference for rural hospitals because for every dollar they have currently in uncompensated care, they will be getting, not a full dollar back, but they will be getting something versus nothing."

This claim is: True, but needs more context.

This claim needs more context because it is hard to tell if Medicaid expansion will have a big enough effect to keep rural hospitals open in Missouri, but a report from Health Management Associates notes that since expanding, Ohio and Arkansas experienced fewer hospital closures than states that haven't expanded.

“Opponents of expansion say that the 10% that the state will have to cover is going to be expensive enough to exceed the benefit of new jobs, the benefit of keeping rural hospitals open,” Halabi said.

But he says the research proves otherwise.

“The evidence from 2014 when expansion started in 35 other states is that it has been a financial gain for those states, and there’s no reason to believe Missouri is different. In fact, there is good reasons to believe that Missouri will gain more,” he said.

Halabi said the key is to look at other states that have already expanded.

“You can really look to any other state that has expanded Medicaid, to confirm, at the very least, the truthfulness of the general claim. Once you start drilling into the more detailed numbers, you know, those always vary a little bit,” he said.