TARGET 8: Columbia City Manager: 'I believe the funds have been hijacked by the state.' 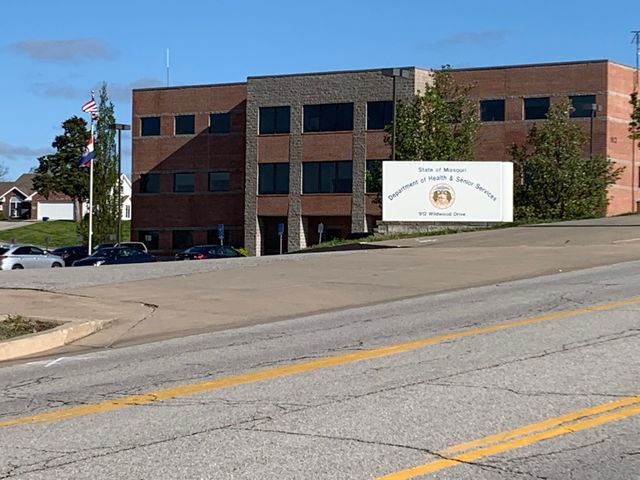 COLUMBIA - "Are you kidding me?" was the question one St. Louis-area local health director emailed back to Dr. Randall Williams, Director of the Missouri Department of Health and Senior Services, on April 3.

Her response, where she also threatened to have her staff stay at home, came after the state health director told local health departments they wouldn't be a priority for the almost $9.9 million in federal grant money Missouri received from the Centers for Disease Control and Prevention.

Kelley Vollmar, Director of the Jefferson County Health Department, sent a sharp rebuke of the state health department's decision less than 15 minutes after receiving the email about federal grant money.

"It is apparent that you do not 'need' us," she said. "Randall, this is the biggest slap in the face you could have done to the 115 departments that have supported you through this entire crisis."

Her email, along with others Target 8 obtained through a public records request, show tension between local health departments and the state regarding the disbursement of federal funds.

Vollmar, in a separate interview with Target 8, said she's sure her email raised some eyebrows, but she said she's most concerned about smaller health departments.

She said smaller health departments currently don't have the time to generate revenue or search for grants because they are investigating cases to stop COVID-19 from spreading.

"My hope is to just open eyes and to make people rethink and to reevaluate and to start conversation," Vollmar said. "I'm not a quiet health director and they know it. So I think it was meant to say, 'I don't think this is the right decision. Let's work on it.'"

She said the state health department was extremely responsive after her email.

Vollmar said she believes the state health department is now looking again at the funding, with decisions about it to be made this week. However, she doesn't know if it will go to directly to the local health departments or local governments.

Lisa Cox, who is a spokesperson for the State Department of Health and Senior Services, said the state is still awaiting to receive more federal assistance and guidelines on how the money can be allocated.

COLUMBIA CITY MANAGER: "I believe the funds have been hijacked by the state."

Her email got the attention of Dr. Stephanie Browning, the Columbia/Boone County Health Director. She forwarded Vollmar's email with only writing "well now...." to Columbia City Manager John Glascock. Glascock then forwarded the message to Mayor Brian Treece, writing, "I believe the funds have been hijacked by the state."

Target 8 reached out to Glascock for an on-camera interview regarding his email, but was given a statement instead because he said his calendar was full.

In his statement to Target 8, he said he believes some of those funds were to be directly dispersed to local health departments, but did not mean to be critical of DHHS.

"Local health departments are most often able to best determine their local needs, procure the resources they need and manage their finances," the statement said. "Instead, it appears health departments will need to apply for reimbursement after the fact from other potential sources which may or may not be available."

Glascock continued that Boone County will have to search for funds from other sources, like the Missouri State Emergency Management Agency (SEMA), which may take months or years.

At his daily update on Friday, Governor Mike Parson said he believes money will be disbursed to local health departments, but will be first put to the state's priorities.

Dr. Williams said in an email on April 3 that the state has prioritized the receipt of the funds for the COVID-19 hotline, lab test supplies, ventilators, and PPE.

"I'd be remiss, to say again, how much we appreciate what our local health departments are doing with conjunction with all of us," he said at the Governor's Daily update on Friday. "There are a lot of people who are working incredibly hard, I talk to a lot of them everyday, a lot of them are working 24/7. There's not a doubt in their mind they are saving lives in doing that."

LOCAL HEALTH DIRECTOR: "We've heard a lot about how much praise there has been for the locals, she said. But, we haven't seen anything but some lip service on it and we really do need some funding."

She said she and her staff are completely focused on COVID-19, leaving them unable to apply for grants and other means of getting funding.

"In order for local public health agencies to be able to continue doing everything that we're doing, we need funding," Long said. "If we run out of budget money and there's no money left, services are going to be cut in public health. We will have to start making decisions on what services we can keep and what services we can get rid of to balance the budget for the rest of this year."

She said she might have to cut staff if she continues to see the lack of funding and said she hasn't been the only health director complaining.

"I think we're all voicing concerns about the money were all spending right now, and the lack of potential resources coming to us to continue this fight, Long said.