Sunday's sky had many asking 'What cloud is that!?' 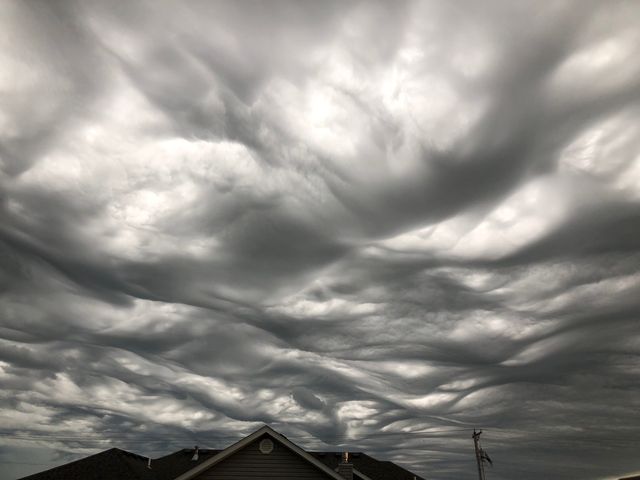 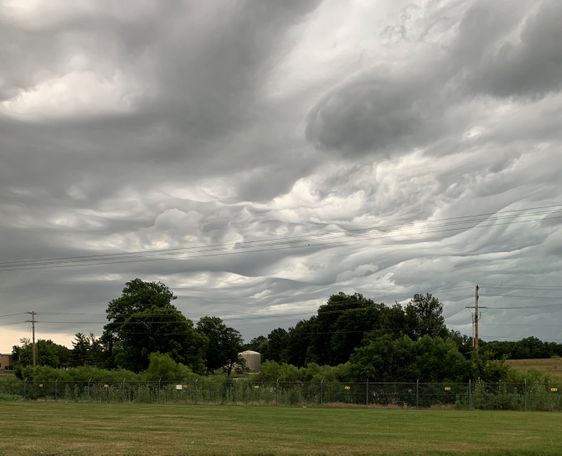 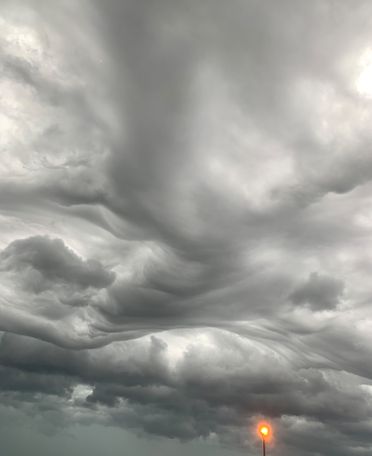 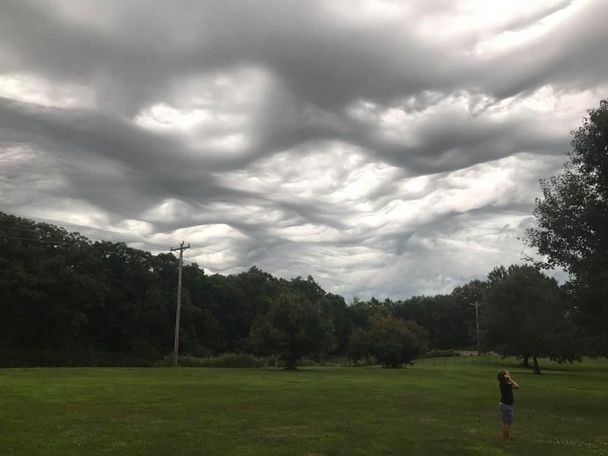 COLUMBIA - Sunday's early evening sky was filled with a thunderstorm that changed the sky into an ocean view. No, really! The atmosphere is fluid; it has circulations and waves and dynamics. In fact, many factors of meteorology and oceanography are similar.

As heavy storms raged in Cole and Moniteau counties, creating flash flooding late Sunday afternoon, around 5:30pm a gust front pushed through it all and began a push into Boone county. This is rain-cooled air that can create a path for showers and storms to follow. Therefore, as the small front pushed north, storms began to fall in line.

The rain-cooled air mixed in with the warm air from earlier in the day and created a soupy, swirly texture in the sky as rain began to fall and lightning flashed.

So, what type of cloud is it?

The cloud in question is a layer of altocumulus stratiformis.

However, the cloud "feature" creating the waves is called Asperitas.

Asperitas is officially defined by the World Meteorological Organization as: "Well-defined, wave-like structures in the underside of the cloud; more chaotic and with less horizontal organization than the variety undulatus. Asperitas is characterized by localized waves in the cloud base, either smooth or dappled with smaller features, sometimes descending into sharp points, as if viewing a roughened sea surface from below. Varying levels of illumination and thickness of the cloud can lead to dramatic visual effects."

The lighting also played a large role. As the sun started to get closer to the horizon it mixed in with the cloud and hit it at different angles and helped to create the whipped sky.

Send your photos to KOMU 8 through the KOMU 8 Weather App! Scroll down in the app and you'll find the submission form.