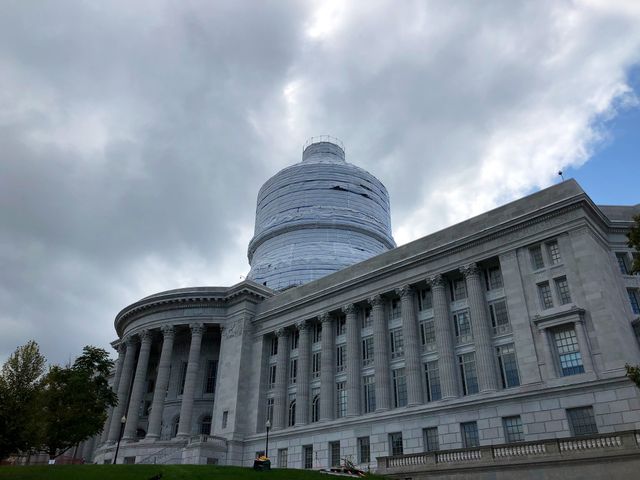 JEFFERSON CITY- Missouri State Auditor Nicole Galloway said Tuesday Missouri is in no shape to handle a recession if financial disaster should hit.
Galloway, a Democrat running for governor, released a state audit of the state's rainy day fund. Galloway said Missouri has no preparation if a crisis happens.
The audit says that at the beginning of 2018, the state budget reserve fund had a balance of $616 million dollars. Galloway said the state borrowed more than $500 million from the fund by the end of fiscal year 2019 in June.
The budget reserve fund was put into effect by the legislature in 2000, and was supposed to be used when Missouri faces emergencies.
Emergencies can take the shape of recession or natural disasters.
According to her audit, the fund is now being used for cash flow to pay out Missouri’s needs like payroll, tax returns and government programs.
Galloway wants the legislature to create a new separate fund in case of recession.
“I think this has to be a high priority,” Galloway said. “When we are in the middle of an economic downturn, it’s too late.”
Republican Governor Mike Parson's chief of staff said this is a part of the Democrat's playbook attacking Parson before an election year.
“She opposes pro-growth policies that have led to the largest increase in real incomes, historically low unemployment, and nearly 40,000 new jobs created in Missouri,” Aaron Willard said.
Galloway said she wants the legislature to plan in advance, especially when it comes to saving.
“What the state is doing does not make sense and is not being fiscally responsible,” Galloway said.
Her audit states Missouri ranks 43rd when it comes to being prepared for a recession.