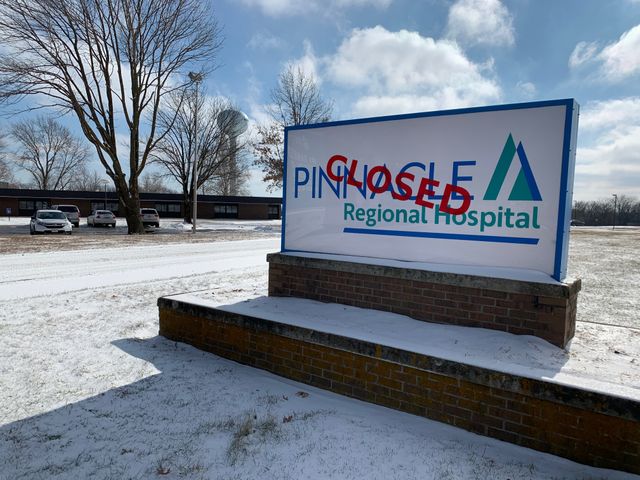 BOONVILLE - Kelsey Breshears only worked at Pinnacle Hospital for a year, and now she's on the hunt for a new job again.

"I really don't want to travel," she said. "But at this point in time, the jobs in Boonville are sparse. So if you can at least get your foot in the door somewhere semi-close, it's worth it."

Corie Acevedo, with MU Health Care, told KOMU 8 News 33 people have already applied through the special job posting just for Pinnacle employees. She said the company is prioritizing applicants who used to work at Pinnacle Hospital.

MU Health Care held its job fair at the Isle of Capri Hotel. As of Tuesday afternoon, they had interviewed more than 30 people.

Across town, Boone Hospital Center held its own job fair in the lobby of Pinnacle Hospital.

"We hope to be able to help them maintain healthcare in the community," Zvanut said. "We know how important it is to have local healthcare, and we want to help support Boonville and this community every way we can."

Zvanut said BHC is looking to expand its physicians clinic in Boonville, and some new employees could work there.

She said BHC interviewed more than 20 people on Tuesday and could hire up to 50 new employees. She said some applicants could get job offers the same day.

Breshears said she had already started looking for a new job before Pinnacle administrators announced the hospital's sudden closure Wednesday.

"You can read between the lines, see things happening and you kind of decide, maybe things are starting to go south, so maybe we should start looking," she said.

The former medical records employee said she's hopeful she'll be able to find a new job soon because both MU Health Care and Boone Hospital Center have job openings similar to things she's done in the past.