Nonprofit founded by Columbia doctor to send volunteers to the Bahamas 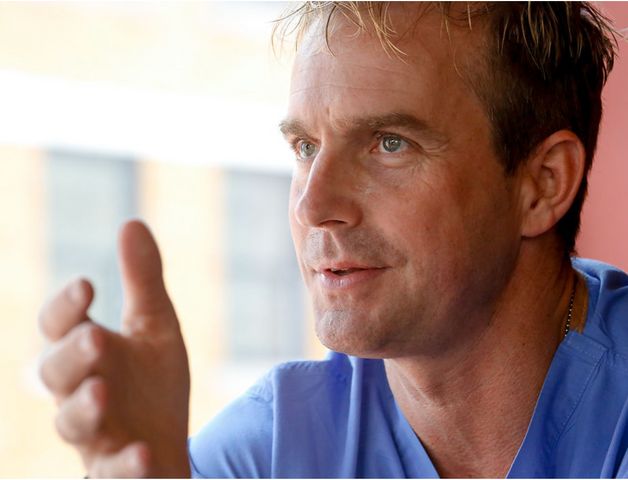 COLUMBIA - Stephen Griffith and his wife, Laura Griffith, will likely not recognize the Great Abaco Island in the Bahamas when they and a group of volunteers fly there on Sept. 29 to help with hurricane recovery efforts.

“The trees that were so lush and green now look like twigs,” Stephen Griffith said while looking at photos of the island, which was devastated by Hurricane Dorian on Sept. 1.

The Category 5 hurricane had wind gusts of up to 200 mph, according to information from the National Oceanic and Atmospheric Administration. The official death toll stands at 45.

The Griffiths lived in Columbia until recently when they moved to Marathon, Florida. Stephen Griffith still works part time at the VA in Columbia. They have been visiting friends in the Abaco Islands for the past eight years. Stephen Griffith said he thinks that’s part of the reason he and his wife were chosen to lead the volunteer team that will be sent to the islands by Global First Responder, a nonprofit that provides healthcare, community development and disaster relief. The organization was founded by Adam Beckett, a physician from Columbia who works at University Hospital.

Global First Responder is raising funds and soliciting donations of generators, power tools, saws and more to assist the volunteers in debris removal and reconstruction.

Supplies can be dropped off at Berkshire Hathaway HomeServices, located at 22 N. Eighth St., or they can be ordered from the organization’s Amazon wish list. Global First Responder will collect supplies until Sept. 24. The organization is also accepting monetary donations on its website.

Still, there will be logistical challenges working in the Bahamas.

“Getting to the island can be a bit of a challenge,” Beckett said.

Beckett said the damage to the country’s infrastructure, particularly the airfields and marinas, will make getting supplies to the island difficult. The strength of the storm blew debris onto airfields and damaged docks. He said the island was directly hit, which is why the team chose to help out in that area.

The group will be heading to Marsh Harbour on Great Abaco Island, which is in the northern part of The Bahamas. The team plans to work on the island until Oct. 3, and Global First Responder will likely send other volunteer teams after the initial team, said Beckett.