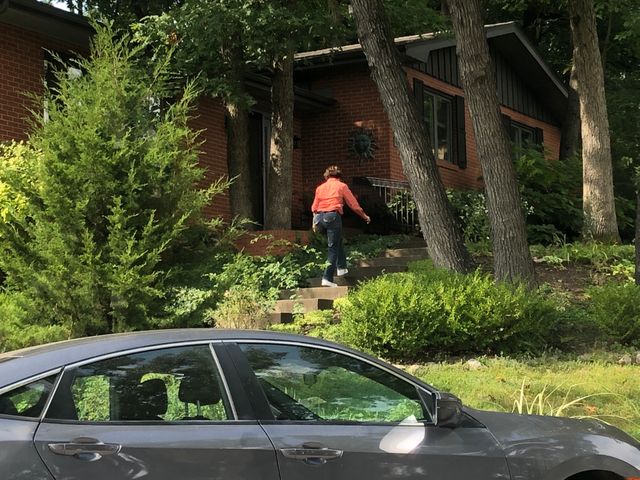 COLUMBIA - A Columbia Public Schools parent is trying to expand the scope of the district's free meal program while students learn from home.

Jennifer Roberts organized what she calls the "Shepard CPS Lunch Club" to deliver breakfast and lunch to dozens of students in the Shepard neighborhood off Old 63.

"I saw the potential in it being a safe, nearly contact-free way to help a lot of families," Roberts said.

Roberts started the club on a private Facebook group by inviting CPS parents and neighbors.

She started on the first day of school with about 20 to 30 students. She now delivers to up to 59 students and counting.

Roberts recalled her time raising a young child as a motivator for starting the club. She thought it would save parents time by having the meals delivered directly, rather than going to one of CPS' 86 meal distribution sites.

The meals include a lunch item that can be cooked in the oven or microwave, fresh produce, milk and breakfast items for the next morning.

Nichole Clark lives in the neighborhood and has three children, two of which are receiving meals from the lunch club.

"I could not, as a parent, get out and get these lunches each day," Clark said. "I know how grateful I feel as a mom."

Clark also said the free breakfast and lunch for her kids saves her family about $50 per week.

The lunch club is also beneficial for students. Elissa Baugh passed out meals Wednesday as a volunteer, but also gets meals delivered.

Baugh said the program makes it easier for her to care for her younger sister while she does her schoolwork and her grandparents are busy with work.

"Instead of spending 30 minutes of school time, we have it delivered," Baugh said. "It takes 15 minutes to cook instead of making a completely new meal."

Looking forward, Roberts said she wants to promote the lunch club idea in other neighborhoods.

She shows her experience through Facebook and helps other neighborhoods organize lunch clubs of their own.

CPS currently averages about 3,900 free meals per day, according to the district's nutrition director.