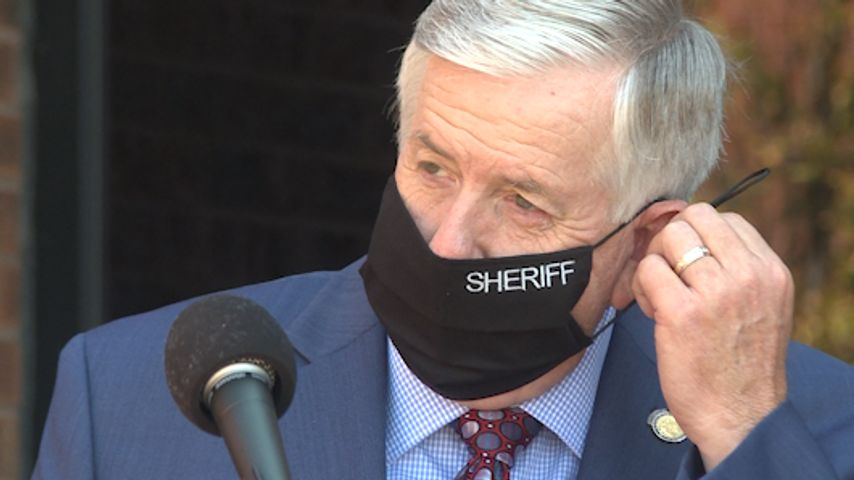 Gov. Parson released a video on Facebook announcing his results shortly before a press conference with Missouri Department of Health and Senior Services Director Dr. Randall Williams at the capitol on Wednesday afternoon.

They both will stay in isolation for now.

"The governor is now isolating at the governor's mansion in Jefferson City and the First Lady went home to Bolivar to isolate," Dr. Williams said.

Gov. Parson will work from the governor's mansion until he is released from quarantine.

"During this time Governor Parson, who is asymptomatic, continues to conduct and fulfill all roles and businesses for the state of Missouri from the governor's mansion without any interruption," Dr. Williams said.

Teresa Parson was tested this morning after exhibiting mild symptoms.

“We appreciate the First Lady for reaching out to be tested this morning even though her symptoms were very mild,” Dr. Williams said.

Contact tracers and the governor's staff will work on finding close contacts who will need to quarantine, according to Dr. Williams.

"When I told the first lady and the governor of their results today, their only concerns were of the people who have been around them, which speaks to their character," Dr. Williams said.

As previously reported, Gov. Parson has already canceled an appearance in St. Louis for Wednesday and an event at the capitol on Friday where he and the First Lady were scheduled to receive their flu vaccinations.

The couple's positive results has also led to the postponement of KOMU 8's 2020 Gubernatorial Forum, which was scheduled for Friday, Sept. 25, but will be rescheduled for a later date.

This is an ongoing story and will be updated with more information as it becomes available.