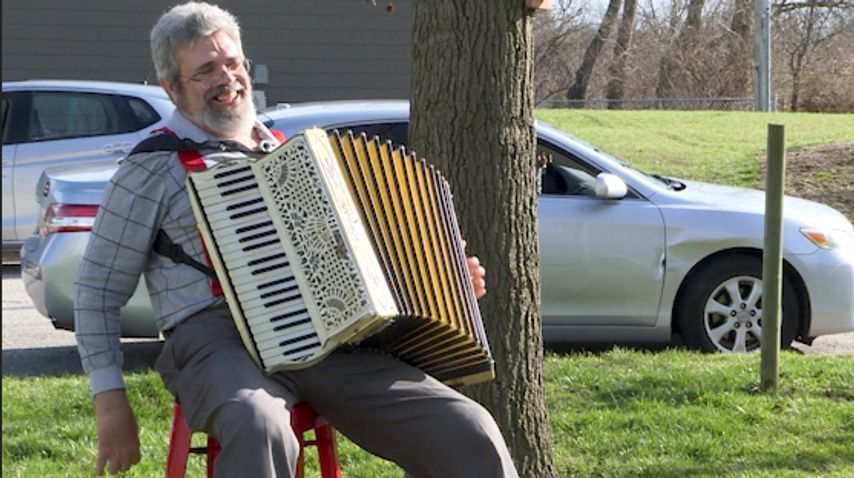 Scott Denson plays his accordion for neighbors and strangers at a distance to uplift spirits during the COVID-19 pandemic. 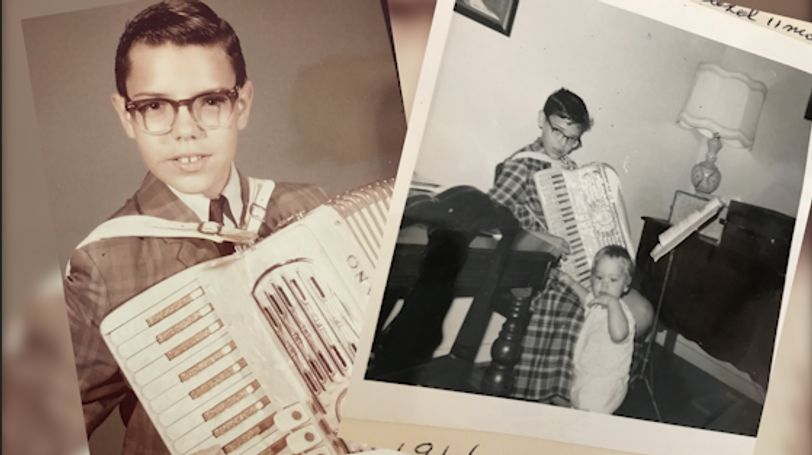 Denson started playing the accordion more than 50 years ago.

COLUMBIA - For Scott Denson, music is his escape from reality. And, during this global pandemic he knew he wasn't the only one needing an escape.

"I hope they forget for a while, that they forget we’re in a troubled time and you know, have fun. That’s what I hope," Denson said with his accordion on his chest.

Denson normally plays his accordion at local churches, nursing homes and downtown, but not anymore.  The city of Columbia issued a stay-at-home order due to COVID-19.

"So, I can’t do that, so I started walking around and just playing different places," he said.

Denson packed up his accordion and took it outside to share his talents and tunes with neighbors and strangers. But, this time the audience is 6 feet away.

"I told my wife, Joy, you know what I was going to do, and she goes, 'Oh, corona caroling!' So, I’m corona caroling, that’s what I’m doing," Denson said.

Since becoming the corona caroler, Denson has played in driveways, outside fire houses and in backyards.

"I think it’s great that Scott’s out here projecting to the world what we all feel inside, which is, you’re not alone," Clayton Weidinger said.

Denson played for Weidinger and his family in their backyard while following social distancing guidelines. Weidinger even joined along on his guitar.

"Music is something we can do even though we’re separated by space, the airwaves can join us together," he said.

Denson said the blocks he's gone corona caroling on have seemed to welcome the music as a mental break from the ongoing pandemic.

"I didn’t ring any doorbells or anything…they stopped or they walked out in the driveway and they listened," he said.

It's a performance many didn't know they needed.

"It’s a nice reprieve from being separated," Weidinger said.

"I’m not the best musician in the world, I mean, if you heard me you know that, but I love it as much as anybody. I do, I do, I love it," Denson said.

He started playing the accordion more than 50 years ago. He said a door-to-door accordion lesson salesman introduced his family to the instrument. His mom got him and his brother eight lessons for $24.

"It's my favorite thing to do," Denson said.

Some say when words fail, music speaks. And right now, it's hard to find the words.

"We’re all in the twilight zone," Denson said.

But, it's easy to find the notes that can still bring us together even at a distance for a momentary escape.

"Music is just a way to bring people back together, especially right now when we can’t be together. So, music is just relationship. That’s what it’s about," Denson said.