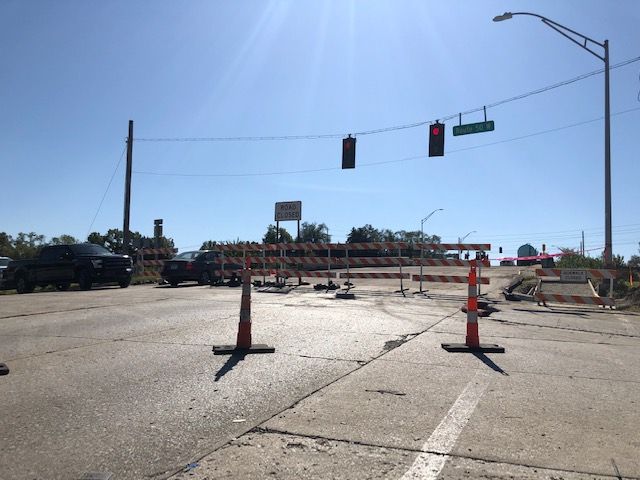 JEFFERSON CITY - The Missouri Department of Transportation closed the Dix Road bridge in Jefferson City for repairs at midnight this morning.

The planned closure is expected to last no more than 15 days, and will improve the driving surface and fix potholes on the bridge, which was built in 1964.

After the bridge reopens, additional construction to fix sidewalks and repair lights  is expected to continue until November 1st.

Local employees have been alerted and changed their commutes accordingly. However, people unfamiliar with the area have run into difficulty.

One individual needed to be escorted to his appointment at Animal Medical Center.

"They didn't quite know how to get here without having to take Dix Road. So they asked someone to be in front of them and guide them the way here," kennel assistant Sierra Ferguson said.

Other businesses, such as Magical Smiles Family Dentistry, have had to adjust to individuals showing up late to appointments.

"We've accommodated all of our patients. They know that if they are going to be late, just give us a quick call to let us know they are in route," office manager Roz Harman said.

Over 50% of Magical Smiles patients are from outside of Jefferson City, according to the business.

MoDOT is asking drivers to be understanding as road work is completed.

"Motorists probably should include some extra time in their commute, and then please be patient with MoDOT and the contractor while they try to get this work completed," project manager Mia Peters said.

Despite the current delays, Ferguson remains excited for the refurbished bridge.

"It's needed to be done. There were a lot of potholes that were just being filled. And so the bridge work is going to help smooth that out...just so there is not potholes and people getting their tires stuck," Ferguson said.