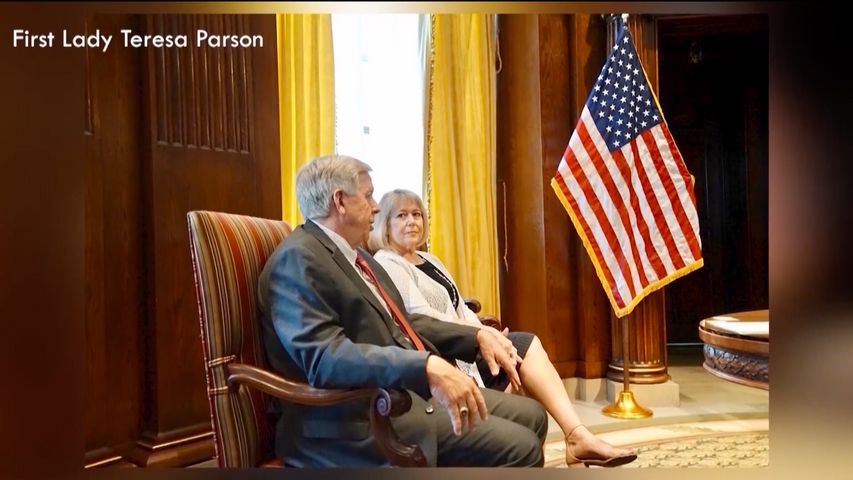 Since the first lady ended isolation on Sept. 28, that means she had to begin feeling symptoms on Sept. 18 to meet the 10-day requirement, according to DHSS guidelines.

"She got tested on Wednesday after experiencing very mild symptoms for a few days," Dr. Williams said.

“There are many people who would think this is just allergies, or maybe just a mild cold, "he continued. "Her symptoms were very much consistent with that.”

“He (Governor Parson) would not know he has it, if we hadn’t done the test because of the first lady,” Dr. Williams said.

These public appearances continued until Sept. 23, when the first lady’s symptoms worsened.

“I did get up with a few cold-like symptoms, and decided since we are out among the public so much, I should get tested,” the first lady said in a social media post.

KOMU 8 News reached out to the state’s health department to figure out how the contact tracing efforts were going. Dr. Williams said fewer than 100 people have been tested in response to the Parsons. However, the specifics are unavailable.

“We cannot release the number of positives if the denominator is small, because one could then infer from that, possibly, who is positive,” Dr. Williams said. “And we're bound by HIPAA to protect that.”

HIPAA stands for the Health Insurance Portability and Accountability Act. It protects patient privacy. The denominator mentioned is the total number of people tested. If that number is low enough, then Dr. Williams said the epidemiologist will not release the numbers regarding how many people were tested, and how many people tested positive.

“The epidemiologists determine this, not me,” Dr. Williams said.

On Sept. 30, DHSS staff confirmed no information regarding specifics on contact tracing will be released.

The first lady stayed at the Parson family home this week in Bolivar, despite her isolation period ending Monday. The Parsons cancelled a fall festival at the governor's mansion this weekend in Jefferson City.