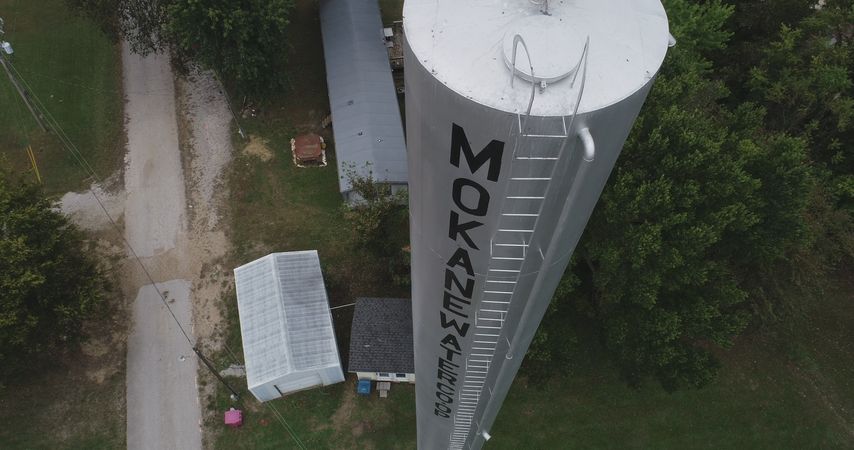 MOKANE - Mokane City Council met last week to discuss plans to reconstruct their old waste and drinking water system. The distribution system is the worst in the region, according to the Missouri Department of Natural Resources.

The system was built in the 1960s and has not been updated since. It would cost an estimated $2.5 million to fix it.

The main problem, however, is that the listed population of 182 people does not have a way to pay for it.

"This town has got nothing. No way to bring in revenue," city councilman Allen Jennings said.

One bar and one grocery store are the only two local businesses that pay sales taxes to the state, he said.

That sales tax revenue is now divided between the grocery store and the Dollar General, which was finished just over a month ago, right outside of the city limits.

Eileen Niederschulte said she needs to buy bottled water from Dollar General in order to avoid drinking the tap water.

She added that the city has issued numerous boil warnings over the past couple of weeks.

Niederschulte is blind and can't see when the boil warnings are issued. She said she has swallowed dirt from her water multiple times.

Another resident added she avoids using the water as much as possible.

"There's days that it will come out brown and look rusty. It is nasty. Who wants to take a shower in rusty water?" resident Dakota Lamons said.

KOMU 8 talked to 11 different people who buy bottled water instead of drinking the tap. Only one individual said he preferred the tap water.

Although everyone agrees there is a problem, a clear solution has not been decided.

The city has looked at different financing options for the water system.

They explored applying for several grants, but have not secured any outside funding to this point.

Jennings said they have also considered raising the $25 a month water bill to $48 a month, but there is concern about whether a large number of residents could afford the nearly doubled water bill.

The city has also considered purchasing their water from Callaway County.

Until a decision is made, they will rely on a chlorinator installed over the summer just to keep the water safe to drink.

Editors note: Since the story was first reported, we have added the quote from Chad Booher and clarified claims about boil warnings in the community.

Missouri man freed from prison with help from WNBA star

Greek Life at MU to make changes for fall semester