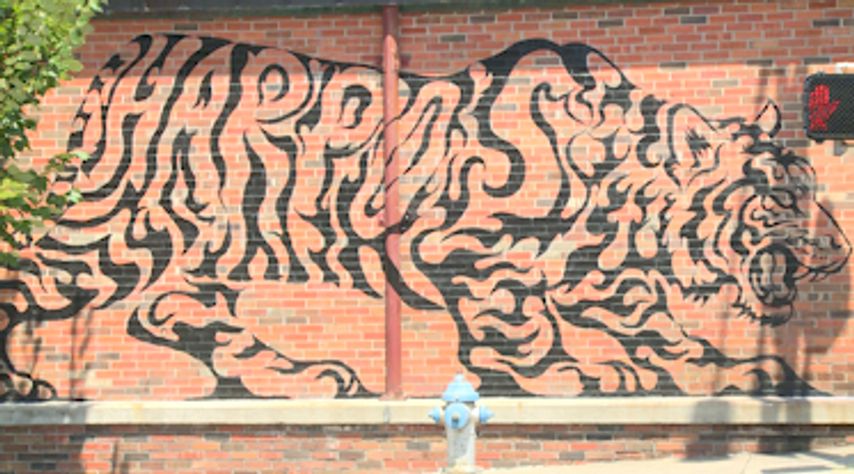 COLUMBIA —Local artist and MU alum David Spear finished his newest project on the wall outside of Harpo's: a tiger.

Spear was hired by Harpo's to create an idea that defines the location the wall fills.

He said the wall represents a space that needs no introduction.

"I just saw my job as highlighting what Harpo's has already achieved," he said. "That's the epitome of school spirit and tradition in Columbia."

Spear said the tiger is like a "tattoo on the building" that he hopes will bring a sense of security as students return to Columbia for the school year.

"I think it all plays into keeping spirits high as we can and something else to think about during this time of uncertainty," Spear said.

He said he wants people to think about how unique Columbia is as a town when they look at his mural.

One recent MU graduate said the mural could be a symbol of hope for the upcoming school year.

"It could represent a new era almost," Derek Bischof said. "It's bringing life back into downtown."

Bischof said the mural is a reminder of how to work through recent challenging times.

The general manager of Harpo's said he's excited for what the mural will bring.

"It symbolizes the fighting spirt of both Mizzou and Columbia," Charlie Smith said.